On Saturday, September 9th, we’ll mark our fifteenth city on the map – San Francisco – as we take over Github’s South Beach HQ to bring our signature brand of coffee, geekery, and fun to the West Coast for the first time with the help of our hosts, Wrecking Ball Coffee Roasters, and our good friends CHEMEX.

Hanna Neuschwander (World Coffee Research), William Ristenpart (University of California Davis), and Alejandro Martinez (Finca Argentina) will take to the stage in the morning to examine different facets of coffee’s future. The afternoon will feature an interview of Pim Techamuanvivit of San Francisco’s Khin Kao, with specific focus on pushing the boundaries of tradition and the use of ingredients, as well as a debate moderated by Nick Cho (co-founder of Wrecking Ball Coffee Roasters) on the use of origin stories to sell coffee.

Throughout the day, attendees will be able to take part in an exciting initiative in partnership with World Coffee Research: a chance to participate in the making of WCR’s “#futureofcoffee” video, which will be launched in conjunction with International Coffee Day on September 18th.

Just like our successful New York event last September, Tamper Tantrum Live SF will feature a simple CHEMEX coffee service over a communal bar where Wrecking Ball Coffee Roasters, Sweet Bloom Coffee Roasters, Intelligentsia, Madcap, and AKA Coffee will present their coffees as filter only to the audience during breaks using the Marco MIX and Baratza ForteBGs, with retail bags of coffee available for purchase. 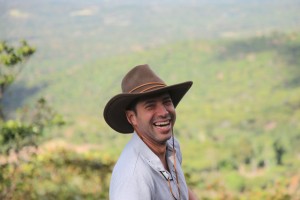 Alejandro Martinez doesn’t have the usual “coffee producer” backstory: once a VP of Investment Banking in the Technology Mergers and Acquisitions Group of Bank of America Securities (now Bank of America Merrill Lynch), Alejandro began his career in specialty coffee in 2008 managing a 35 hectare farm originally acquired in 1967 by his grandfather, Luis Guillermo. Today, he manages a coffee estate of approximately 70 hectares, working remotely from Ahuachapan in El Salvador with the financial planning and analysis team of a cybersecurity tech company to keep the farms afloat as he builds initiatives to secure the future of the land and its workers.

Alejandro holds an MBA from Tuck Business School at Dartmouth and a BS in Business Administration from Universidad Fidelitas in Costa Rica, but it doesn’t stop him from talking about the biodynamic gnomes. 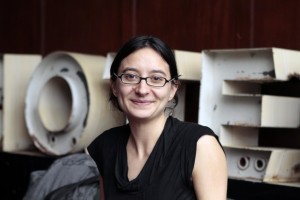 Hanna Neuschwander has been communicating about coffee and science since 2004. Her writing about coffee and food has appeared in publications including Travel + Leisure, Edible Seattle, Portland Monthly, and the Oregonian, among others. She is the author of Left Coast Roast, a guidebook to artisan and influential coffee roasters on the west coast. She has presented about the history, sustainability, and economics of coffee at everywhere from Boston to Panama City. She is based in Portland, Oregon. 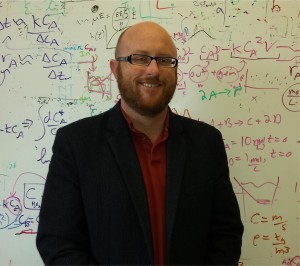 William Ristenpart’s research is in complex transport phenomena, with an emphasis on using advanced experimental techniques to extract quantitative measurements from complicated phenomena. Ristenpart Research Group strives to answer fundamental scientific questions about a variety of systems where the transport behavior is paramount. Recent topics include: electrocoalescence of charged droplets, shear-induced deformation of red blood cells, electrically-induced aggregation of colloids near electrodes, and turbulent dispersion of airborne pathogens.

Ristenpart’s lab has two Phantom high-speed cameras (a grayscale v7.1 and a color v7.3), both of which can capture at more than 100,000 frames per second. They also have several microscopes and various optical and laser systems.

He is also passionate about coffee – he serves as Director of the UC Davis Coffee Center, and see here for an overview of his undergraduate course, The Design of Coffee. 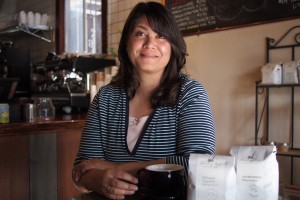 Trish Rothgeb is the co-founder, owner, director of coffee, and roastmaster at Wrecking Ball Coffee Roasters in San Francisco.

Her experience in the industry spans over 30 years as a coffee roaster, green coffee buyer, and teacher of all things coffee. An avid traveler in coffee growing regions worldwide, she teaches “cupping” to coffee producers and coffee professionals around the world. She is also credited with coining the term “third wave coffee” and identifying the relevant concepts.

Trish is a licensed Q Grader and credentialed Q Trainer by the Coffee Quality Institute. She has served on the SCAA’s Roasters Guild Executive Council, was a charter member of the World Barista Championship Board of Directors and a founding member of the Barista Guild of America.

From 2013 to 2016, Trish worked on staff at the Coffee Quality Institute (CQI) as the “Director of Programs: Q and Educational Services,” in addition to her work with Wrecking Ball Coffee Roasters. 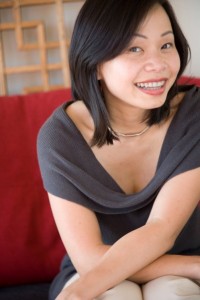 Pim grew up in Bangkok, was shipped off to study in other places, and somehow found herself living and loving it in the San Francisco Bay Area. She quit her Silicon Valley job in 2005 to pursue a career in food: the writing, reporting, and basically anything interesting thereof that comes her way. Her recipes, writings, and photographs have since appeared in the New York Times, Food & Wine Magazine, Bon Appétit magazine, and more.

She’s also moonlighted as a judge on Iron Chef America, been profiled on Gourmet’s Diary of a Foodie, Food(ography), and cooked Pad Thai on the Martha Stewart Show, for Martha, natch.

Pim opened her first restaurant, Kin Khao Thai Eatery, in March 2014. In September of that year, Kin Khao was included in 50 Best New Restaurants list by Bon Appetit. In 2015, it was ranked #6 in 25 Outstanding Restaurants 2015 by G.Q. Magazine. The Michelin Guide awarded Kin Khao 1 Michelin Star in 2016 and again in 2017.

“Using images of coffee producers & their communities in our marketing is exploitation.”

As with our debate in New York (“Barista competitions are dead”), the name of the game is to sway the audience – we’ll take votes before and after the debate, and whoever increases their share of the vote the most at the end wins!

Chemex Corp was founded in 1941 by Dr. Peter Schlumbohm, on the principle that good invention will inherently lead to beauty. From this ideal the Chemex coffeemaker was created, which many consider to be the perfect combination of science and art. Located in Western, Massachusetts, the company is family owned and operated, led by a brother and sister team who are passionate about bringing superior brewing equipment to the global community. Celebrating 75 years and counting of perfect extraction, Chemex Corporation is honored to carry on the legacy of Dr Schlumbohm and his iconic Chemex coffeemaker. For more information, please visit www.chemexcoffeemaker.com.